Transcription and Translation of Historical Documents

I believe it is essential to know our ancestors and their past to better understand ourselves. As a native German speaker and professionally trained translator, I am here for you to decipher and translate genealogical documents written in the old German script. Together, we will untangle the linguistic knot that German (especially the German spoken and written centuries ago) can be and bring you closer to your roots.

I have been interested in languages and cultures from an early age. However, growing up with German and Low German was not enough for me. So, over time, I acquired additional language skills in English, Spanish, and French. After finishing my university degree in translation studies, I mainly translate documents from German into English and vice versa. Most of these are genealogical documents written in Kurrent, Sütterlin, and Fraktur. Being a native German speaker really facilitates deciphering the Old German Script and understanding the essence of the original text, which is crucial when translating.

In a little more detail…

If you would like to receive an estimate, please send a high-resolution PDF of your documents to info@tb-translations.com and I will send you a quote based on the word count and readability of the script.

This is what clients say about my transcription and translation services: 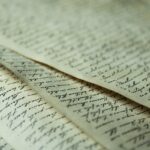 “Theresa Berns translated some old letters passed down in my family from German to English. I was able to make a memorable evening reading the letters to my mother before she passed away. I now have a picture of how my extended family lived many years ago, and this helps me understand who I am. If I am lucky enough to visit Germany one day I will have a richer understanding of the places my family comes from as I visit. Theresa is responsible, very skilled and a delight to work with. Her attention to detail is impressive and the letters were very natural to read in English.” 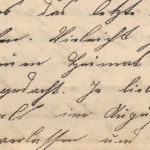 “Many thanks for the translation. I like the way you set out the written German script into the typed format and then set out the English translation. It made it easy to compare the wording from German to English. We were just having problems reading the unfamiliar (to us) old German script. I also appreciate the informative comments on the name used in our wedding notice.” 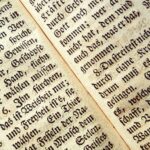 “I want to thank you very much for an excellent job! The photo of this letter was not of the best quality, and the letter itself was in poor condition, so this was a most difficult and challenging task to transcribe and translate it, but your work was far more than I anticipated, and the comments and footnotes provided were most appreciated in understanding some of the letter context. I would highly recommend you to anyone wishing to transcribe documents written in the Alteschrift as you went above and beyond what was expected. Thank you for a job well done!” 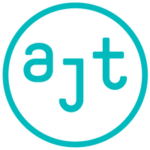 “Theresa is a skilled translator who consistently delivers high-quality German translations that are accurate, well researched and read idiomatically. We very much enjoy working with Theresa and would recommend her to anyone looking for a reliable translator.”

I look forward to hearing from you!

Send me an email

Do you have any questions?